Oh, this letter is a really telling one in a number of ways. Let me address the artwork, first, and then the content of the letter.

The artwork is a polaroid transfer onto sketchbook paper. Looks like the paper wasn’t damp enough to adequately hold onto the image, or I didn’t rub it on enough, but, that said, it is a telling self description in a big way. How much I both wanted to be showing myself, and at the same moment, how hard I actively worked to hide. The base image was a nude- or so it appears, and yet, there I was drawing over my face and body, but intentionally framing my legs as if they were the subject of the image Mind? Heart? Soul? Sexuality? All of these hidden, but the ability to run away- to move is framed.

It is quite interesting too- that this type of treatment- drawing over a photographic image is a technique I was doing just this week with some of the new mannequin images.

Around this time, I worked on a whole series of nude self portraits against the wall  in this transfer print. the exhibitable images turned out to be silver gelatin prints, but I was trying a wide variety of techniques as I worked though how to make these images. I doubt I mde this one with the intention of using it for a letter, but probably was looking for something recent to send Jason, and so I pulled this out of the notebook. I’m almost embarrased to see I “signed it, as if it was a finished work, when it was so far from that. But I suppose it was just a way of owning the work as I let go of it and shared it with a man I was loving.

On the envelope I used one of my favorite rubber stamps- the two wrestlers. As I look at it today, I’m thinking about how I might use it in combination with the screen printing I’m doing.

Now, the letter.  If I hadn’t made a commitment to this project to publish all correspondence as is, this is a letter, I’d probably not share. The meat of it was a moment in time and a feeling that moment evoked, and then how I dealt with it. This is something that Jason would be able to understand completely, but today, it reads as fairly opaque and without detail.

The sarcastic moment- I have no recollection at all about that or at what meeting this happened. But the start of therapy, I remember better. I was just starting to uncover the ways I had been abused as a child, including sexual abuse. It was an important time for me, rich and full of learning to be present with myself as well as with others.

Dear Jason,
I got a beautiful card in the mail from you today and I thought it was wonderful. I like the photo also. I saw my therapist yesterday session #2. It went very well and I am both frightened and excited about what is going to happen in these sessions. Tuesday was my especially hard day for me. So I went to a meeting. Somebody said something sarcastic to me as I got there and I flipped out. Felt ashamed. Felt like I didn’t belong. Felt like I was being told to go away. You aren’t wanted here. It was bad. But I talk about it in the meeting and I felt better. The person who had said what he did was pissed off, said I shamed him in front of the group. Other people told me I had done the right thing. Had a board meeting at the gallery last night so couldn’t get to a meeting. I’m not sure if I am going to do laundry or go to a meeting tonight.

I went to the meeting. I felt like I was kind of isolating so I thought a meeting would be the best idea. Topic was really great. I feel exhausted now though so I’m going to bed
I love you
Tom 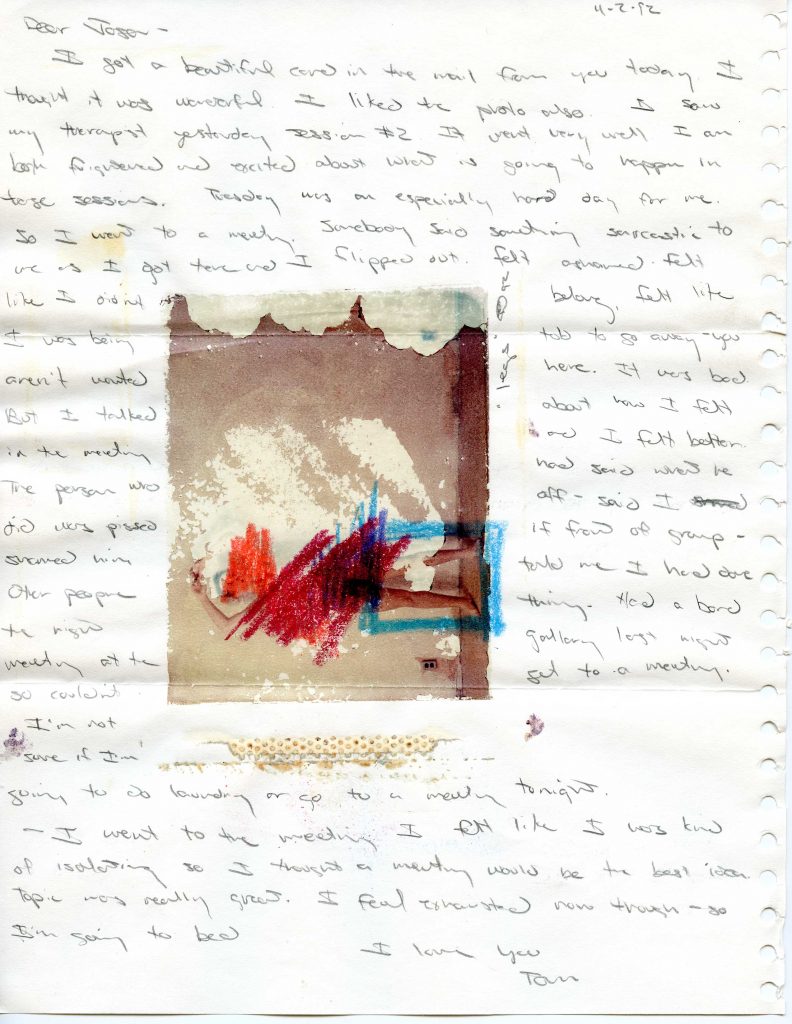 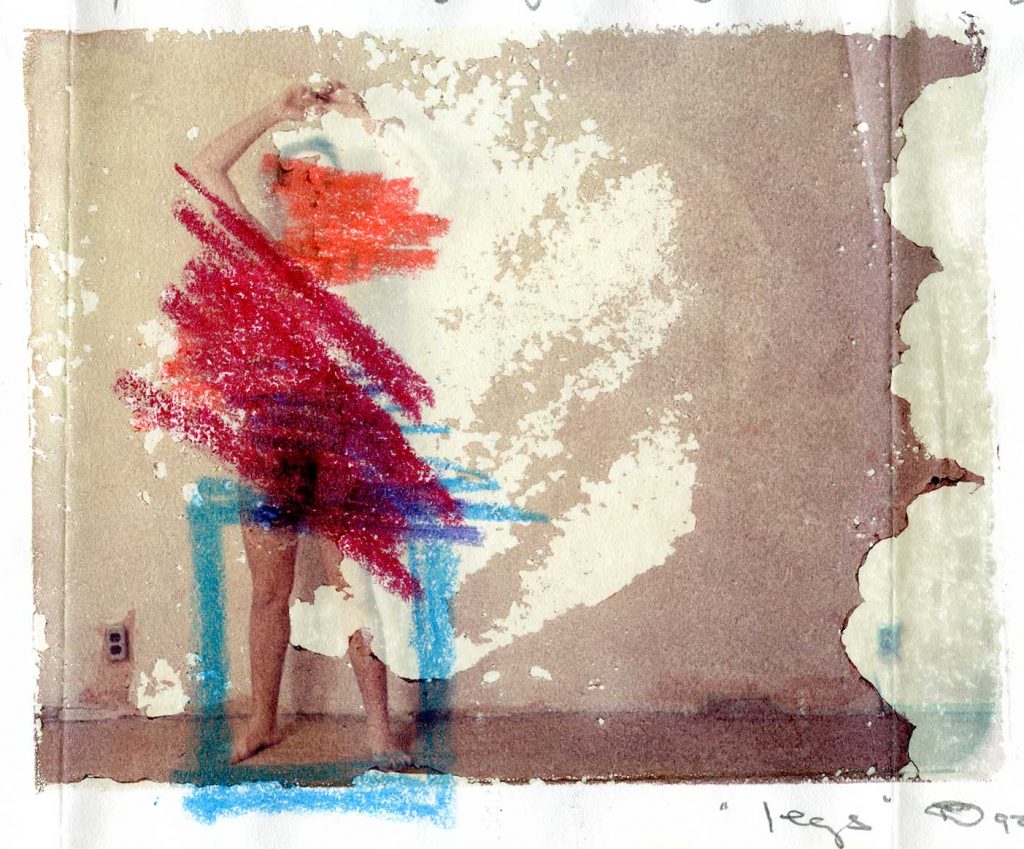